Applying technology traditionally used in the Aerospace and Automotive industry, the installation time of compressor modules for a Moveable Modular Liquefaction System (MMLS) was reduced drastically from 3 months to 3 weeks. The radical reduction in installation time was achieved using 3D laser metrology equipment, such as laser trackers and portable coordinate measuring machine (CMM) articulating arms. This equipment, coupled with post-processing software, allowed the digitization and virtual bolt-up of the compressor flanges and its corresponding inter-connecting pipe (ICP). The full digital bolt-up was then analyzed for gaps, overlap, and angular issues between flange faces so that reworks could be performed before shipping the modules or ICP to the installation site. This high precision/high accuracy dimensional inspection and analysis prevented the need for costly field-fits.

The Elba Liquefaction Project is a $2.1 billion investment made by Kinder Morgan to upgrade an existing LNG terminal on Elba Island near Savannah, Georgia. This project uses proprietary Shell MMLS technology, in which one large liquefaction plant is modularized into several smaller trains. This greater number of flanges meant an increased risk of failing to abide to ASME PCC-1 – Guidelines for Bolted Flange Joint Assemblies. In order to mitigate this risk our company was contracted to ensure dimensional integrity by certifying flanges met length, 2-hole, and raised face angle requirements. The flange data was captured with laser trackers and portable CMM’s by way of measuring primitive geometries such as planes, circles, and cylinders. This data was then aligned to CAD models to determine deviations from nominal dimensions. We were asked to inspect a critical ICP after multiple failed attempts at installing it occurred, to which we discovered the cause was a 3-inch deviation in length. According to the pipe-fitters and inspectors, however, their hand measurements showed that the spool dimensions were correct. After making the correction using the data we provided, the ICP immediately fit into place with no issues. It was after this demonstration of the capabilities of laser technology that the decision was made to utilize it for the remaining trains. The result of bringing LNG train installation into the 21st century with laser technology was a considerable reduction in installation time and downtime for reworks.

Value added procedures were introduced to a multi-billion-dollar project by utilizing technology that is new to the Energy industry. This simple digitization of physical modules and ICP aided the analyzation of critical components before installation, and thus enabled the determination of failure beforehand. If this technology and process were to be applied in future LNG projects, both onshore and offshore, millions of dollars could be saved by keeping projects on-budget and on-time. 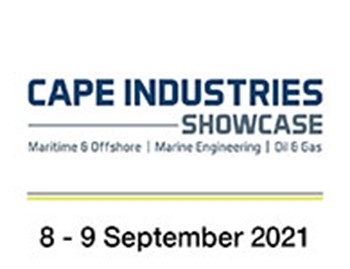